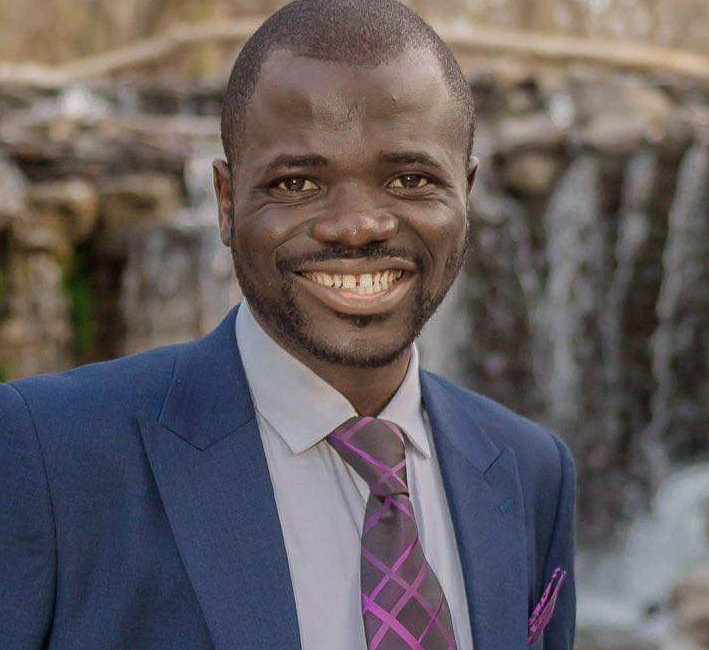 Sam Olusegun Olayinka is popularly known as Pastor Eagle Sam, a native of Nigeria whose passion for Jesus is quite contagious. He is an Apostolic prayer warrior, a passionate worshipper, a counselor and mentor, a seasoned teacher of the Word, a deliverance minister and missionary, and a writer. He is an ordained Pastor and a revivalist in the body of Christ. He is fondly called by many, “Man of Fire.” Although born and raised in a devout Christian family, he had a personal encounter with Jesus and got saved at the age of 13 while he was in Junior High School. He started preaching the Gospel of Jesus ever since.

By his senior year in high school, Sam became the president and student pastor of his entire school fellowship leading over 200 members and 30 ministers. After graduating high school, he mentored and trained many student ministers who are doing many great exploits for the Lord in various nations of the world, particularly, in Africa.

Sam was a translator who interpreted for many preachers from English to Yoruba (his native language) and vice versa for many preachers in different churches, open-air crusade grounds, and prayer mountains. In Nigeria, he was also a high school teacher for a few years where he taught Math, Physics, and Chemistry. Even as a school teacher, he preached the Gospel to all his students and many were saved and transformed.

As a college student in Nigeria, he was one of those who set his campus on fire for Jesus by raising a group of prayer warriors and passionate believers who went about preaching the Gospel to villages known for witchcraft. With a background in Electrical Engineering from Nigeria, Sam moved to the United States to work as a youth pastor and administrator for a Pentecostal church where he served for 6 years.

Sam received his diploma in Theology from Word of Faith Bible Institute in Lagos, Nigeria. After he moved to Dallas in 2013, he received another diploma in Theological Studies from The Overcomers Bible Institute in Dallas Texas. Six years ago, Sam received a diploma in Leadership from the Overcomers Leadership Institute in Lewisville, Texas. Currently, he oversees an online ministry called EagleSamGospelTV through social media where he ministers to people all around the world through teachings, prayers, and diverse ministrations. He is involved in various outreaches and mission work in different states in the United States, including homeless and street ministries. He has traveled to seven countries with other missionaries to preach the Gospel in Mexico, Guatemala, Nicaragua, Honduras, Costa Rica, Chile, and Peru.

Sam is currently an itinerant preacher who goes about preaching the Gospel of Christ in various churches, conferences, and other revival meetings while operating as a business owner in the healthcare industry. He is happily married to his beautiful wife, Nike Olayinka, and together they are blessed with their beautiful daughter Samella. They currently live in Dallas, Texas.

New membership are not allowed.